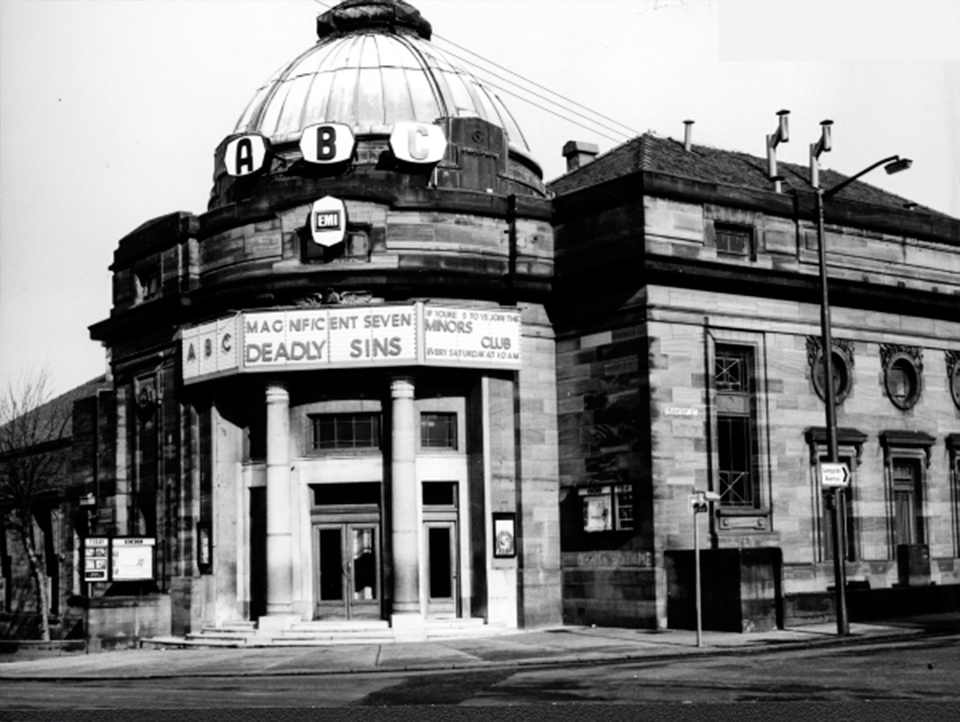 The Waverley Picture House was designed by Watson, Salmond & Gray for Shawlands Picture House Ltd and opened on 25th December 1922. The building is finished in red sandstone but its most prominent feature is the handsome, corner dome ringed by Egyptian columns. Inside the auditorium, there is a barrel roof ceiling and columns along the walls. In its early years there was also a tea room. In 1928 a Christie two-manual theatre organ was installed.

From Septmeber 1929 it was operated by Associated British Cinemas (ABC) . The Christie theatre organ was removed from the building in 1953 and the Waverley Picture House was re-named ABC in 1964. The ABC was closed on 31st March 1973. It was then converted into a bingo club and from 1982 until the late 1990s it was operated as a snooker club. The building then stood derelict until 2002 when it was sold to Stefan King’s G1 Group which operated it as “Tusk” bar, restaurant and nightclub until its closure in 2009. In recent years plans have been floated that would see the building return to its intended use as a local cinema.

On 17th June 1992, Historic Scotland designated it a Grade B Listed building. On 25th November 1993, the exterior of the building was upgraded to a Grade A Listed building.