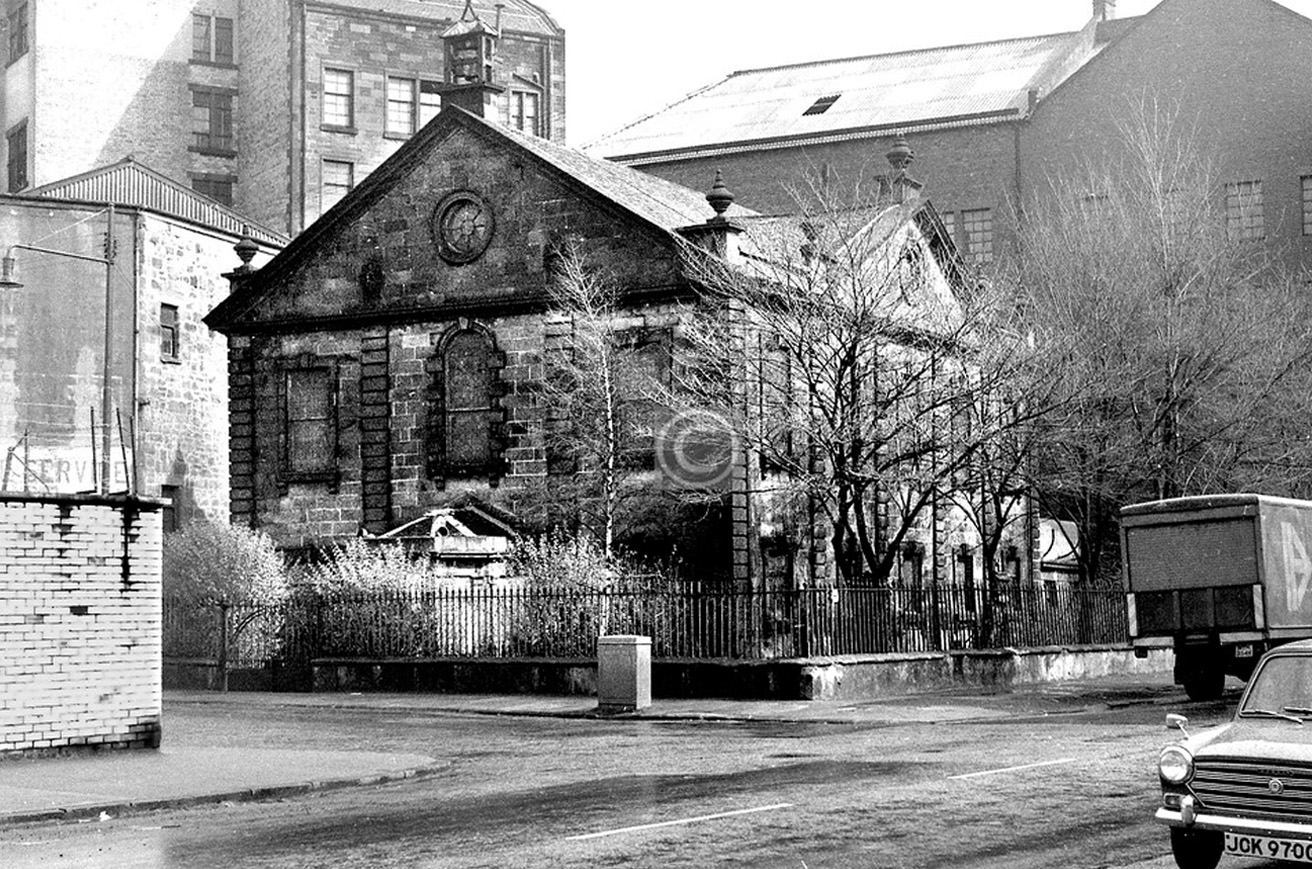 St Andrew’s-by-the-Green snapped by Duncan McCallum AKA Streapadair in March 1973. It was built as an Episcopalian Church between 1750-52 & was designed by Presbyterian Andrew Hunter who was excommunicated for his efforts. Happily it’s in better nick now than when Streapadair photographed it 40 years ago.

St Andrew’s was the first church in Glasgow to install an organ for public worship, resulting in the nickname, “Whistlin’ Kirk” or the “Kist o’ Whistles”. It was purchased from the Qualified Chapel in Edinburgh’s Carruber’s Close in 1744, when that congregation moved to another building. The organ had been built by John Snetzler in 1747, and was moved into St Andrew’s-by-the-Green in 1775, although it is thought not to have been used for worship until 1777.

It was enlarged by a pupil of Snetzler’s, John Donaldson of York, in 1788, and replaced entirely in 1812. The old organ was sold to the Glasgow Unitarians’ new chapel in Union Street in 1813, and moved with them to their new home on St Vincent Street in 1856. This church was subsequently demolished in 1982, and the organ, by now the oldest in the city, was gifted to the University of Glasgow, in whose Concert Hall it now stands.

The church was acquired in 1985 by the Christian Action (Glasgow) Housing Trust as office accommodation for its parent organisation, West of Scotland Housing Association. A major fundraising effort, aided by the late John Crichton-Stuart, 6th Marquess of Bute, raised the £600,000 required to renovate the building. In June 2003, it became the headquarters of the Glasgow Association for Mental Health.