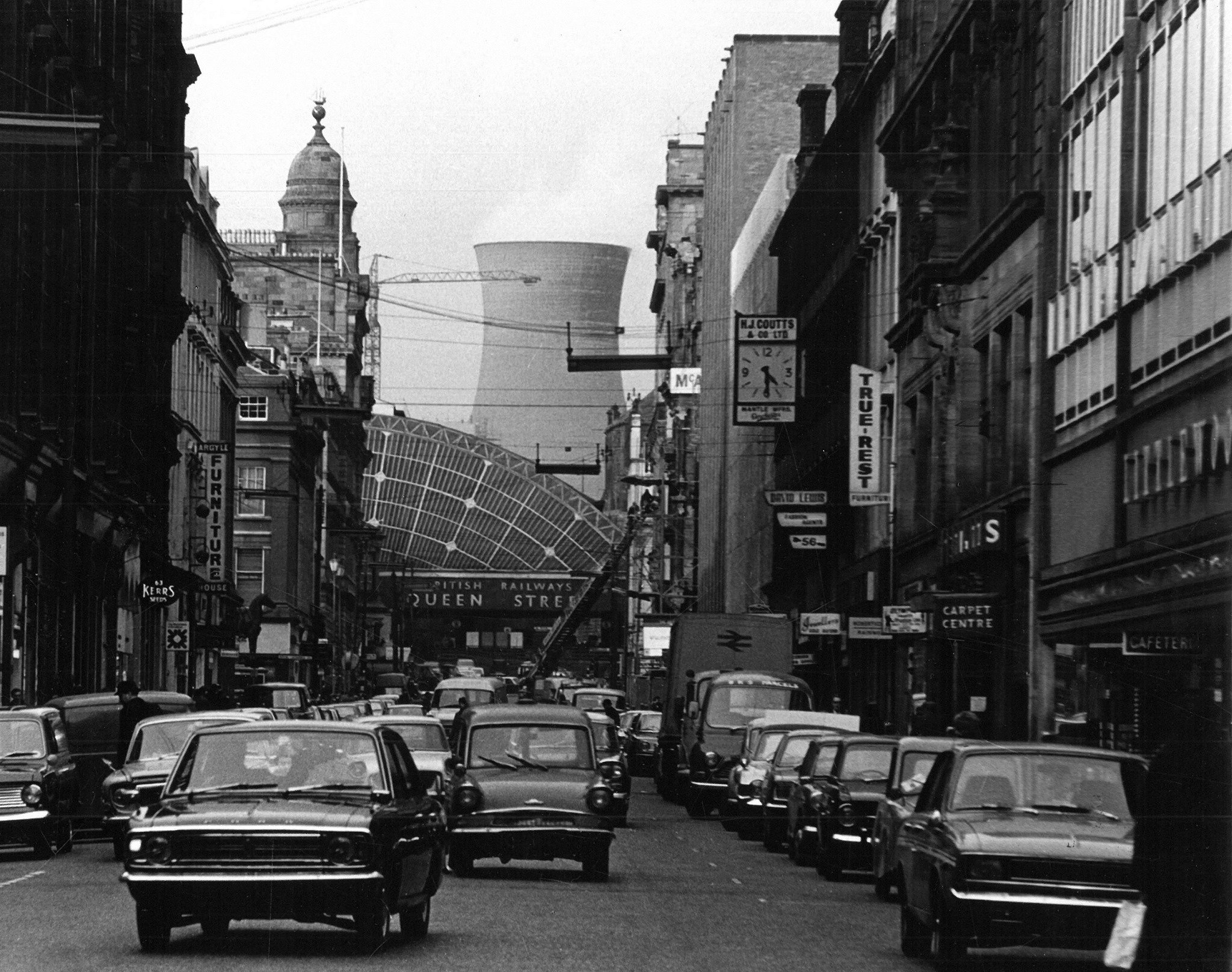 An incredible shot of Queen St with Pinkston Power Station’s huge cooling tower looming over the train station. Pinkston was built between 1900-01 to generate electricity for Glasgow’s burgeoning tramway, and it also provided power for the city’s subway system. It was given a camouflage paint job during World War II to make it more difficult for the Luftwaffe to spot, traces of which were still visible when the station was demolished.

The cooling tower was the largest in Europe when it was built in 1952-1954. The photo below shows an aerial view of the power station on North Canal Bank Street, still sporting the camouflage paint, in 1957. The tower leaked warm water into the Forth and Clyde Canal leading to a local urban legend that fish in the canal would grow abnormally large. Tales of the monster fish were obviously apocryphal, but it didn’t stop the local kids peering into the murk as they tried to spot one.

By the time Pinkston was demolished in April 1978 it had outlived the tram system it was built to serve by 16 years. A klaxon rang out, traffic on the nearby motorway was stopped and down came 4200 tons of bricks in a controlled demolition.