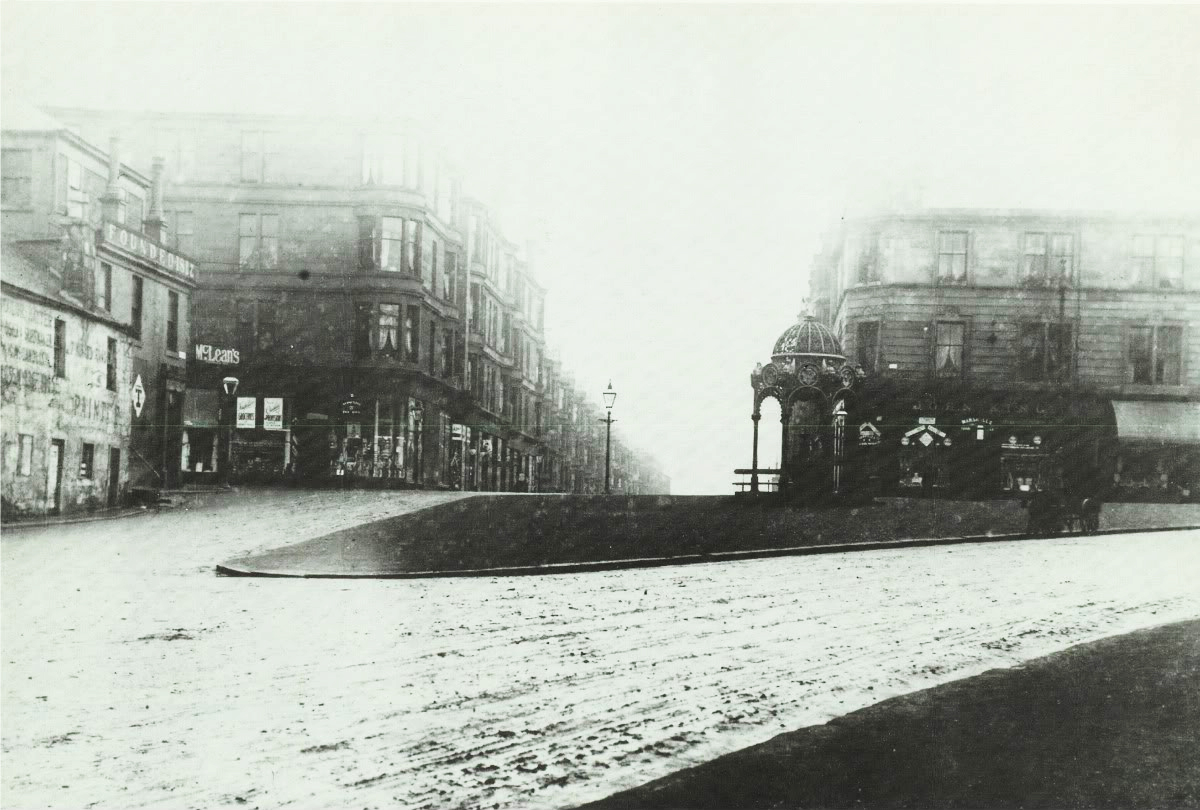 Photo (C287): Sourced from Virtual Mitchell and reproduced with the kind permission of Glasgow City Archives.

A view of Langside Avenue looking west towards Minard Road. On the left you’ll see the pub that, 20 years or so after this photo was taken, would become James O’Malley’s magnificent Corona bar. Some things never change and you can clearly see the distinctive “T” of J & R. Tennent on the wall. On the traffic island next to what is now a taxi rank there once stood an ornate drinking fountain by Walter MacFarlane’s world famous Saracen Foundry. It’s often said that this was the Bailie James Martin memorial fountain, now situated at Glasgow Green. This now appears to be untrue. Photographs show the Martin fountain in place at Glasgow Green in the early 1900s, while later images show the Crossmyloof fountain. So unless it was regularly commuting between Shawlands and the green, we have a lost fountain to find.