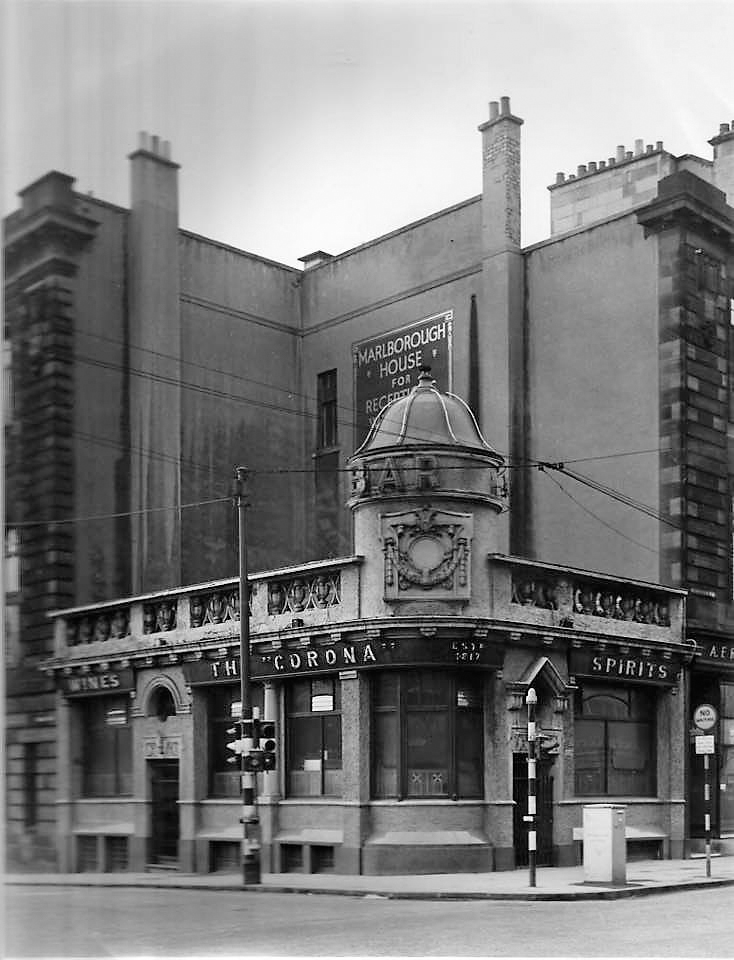 The ornate exterior of the Corona bar will be familiar to most South Siders. It was built in 1912-13 by Clarke & Bell & J.H. Craigie for well known Glasgow publican James O’Malley at a cost of £1,724. The new bar replaced an earlier establishment that had been on the site since 1817. Above each entrance you’ll find decorative plasterwork depicting the local legend of how this area came to be known as Crossmyloof. The story goes that Mary Queen of Scots, en route to the Battle of Langside, stopped here and declared that by the cross in her loof (hand) she would prevail over her enemies. The truth is a little more mundane: it probably derives from the Gaelic Crois MoLiubha, or St Malieu’s Cross.